You are here: Home / Entertainment / Re-color the life with Indiana Jones – The most famous Archaeologist of all time

Many people love Archeology, Dr. Jones in the series film of Indiana Jones, once delivered his lecture to the students at the university and said, “Archeology is a search for facts, not for the truth.”

Today, archeology in universities is being pursued by so many students as a passion rather than other purposes. Talking about the occult science always helps people to feel this life meaningful, and dispel the sad gloomy atmosphere of life all day with work.

Judged as the best-selling film of all time, the scene in the film went from surprise to plentiful scenes  from Hong Kong to the India in the film (Indiana Jones and the Temple of Doom) , and from peaceful scene at University in USA, romantic scene in Venice  to the confrontation with the Nazi forces in Berlin in the race to search for the Jesus cup….

The last crusade, majestic scenery from Nepal to Egypt where viewers can feel the civilization of this country. The mystery on film conquer any heart of viewers. Attractive film episodes bring surprises from time to time

The persuasion in the story, brings a lot of emotional mixing. Women like Jones because of his humor & gallantry. In order to eliminate the familiar fashion trends, many people bought themselves, Jones’ stylish leather jacket. Let’s see his cosplay below. 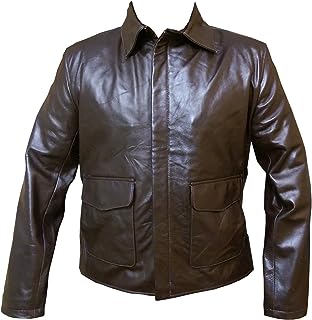 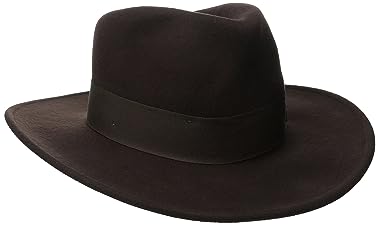 I have a friend, he said he took an Indiana Jones inspired suit to travel a few places. Indeed, inspired by Jones’ hat clothes made the trip more lively and life more enjoyable.

Everything you know about Ford is an easy-going man, and the time can’t erase in memories & hearts of girls –  a real hero ever.

Now let’s  see why it’s been considered as to be the most favorite movie of all time.

Indiana Jones And The Raiders Of The Lost Ark (1981)

is the first part of the action adventure film series of the most favorite movie. The story begins in the spring of 1936, somewhere in deep jungle of South America when Jones has just escaped from death in a archaeological hunt in a dangerous temple just for a golden statue.

He was chased by poison arrows, wood and stone by group of aboriginal people. Returning to his homeland, officials of the military agency were waiting for him to announce the fascist conspiracy near Cairo, where Dr. Jones insisted on having a ark containing the 10-commandment inscription of the Lord. It is believed that this treasure ark contained a mystical energy that can help Nazi Army with invincible power and this ark could not fall into the hands of fascists. Immediately the US government sent Dr. Jones to find treasure. And the adventure for this treasure has begun.

Indiana Jones and the Temple of Doom

This journey extends from Shanghai City, China through the Himalayas to a remote village in India. Although the film’s happening only in Asia, but with many wild, mystical landscapes, and many suffocating chases, it is enough to make the audience feel overwhelmed.

The opening scene of Temple of Doom at a Shanghai nightclub, Indiana Jones was chased and killed by Japanese people, after finding them a lost treasure. The unintentional battle drew Short Round boy (Ke Quan Huy) from China, Beautiful female Singer – Willie (Kate Capshaw) and Indiana Jones on a dangerous long journey on a flight through the Himalayas.

After the plane landed … into the mountainside and exploded, all three were lucky to survive thanks to a lifeboat. They got lost to a remote Indian village. The land here has been dry for many years, because the sacred stone was stolen. The more strange thing is that many children around the area are mysteriously missing. People believe that a deep kingdom of demons exists in the jungle, of extremely savage superstitions. They took away Sankara’s magical stone and kidnapped many children from different villages …

Indiana Jones And The Last Crusade

is the final part of the series about the adventures of archaeologist Indian Jones. In this section, Indiana Jones must search for the holy grail guarded by medieval knights. Holy Grail is the cup used by Jesus during the last dinner.

Indiana Jones and the Last Crusade Legend begins in the late 12th century, sleeps for more than 7 centuries until now, when Hitler dreamed of world hegemony and awakened the past. In addition to using the army to invade other countries throughout Europe, he also used a private army to hunt precious treasures to learn magical powers from legends.

City Bikes on Sales for Women

Nikki Haley with her fashion style, She ever used to be a Ambassador of American in United Nations