You are here: Home / Lifestyle / Geisha Panama: The world’s most expensive coffee that smells of flowers and fruit. Let’s order it

In 2004, Hacienda La Esmeralda (Panama) coffee farm planted another coffee originating from Ethiopia, called Geisha coffee. In fact, the name was originally Guessha but due to a mistake in the pronunciation, it turned into Geisha and many people thought it was Japanese coffee; but this’s not true. This coffee has a lighter leaf color than Arabica coffee, the distance between the leaf clusters is longer and has a single branch. Native coffee planters also said this type of coffee is very picky because it requires a large space. One hectare of land can grow only 1,200 trees, while many other types of coffee can grow up to 8,000 trees. This is also the first explanation for the cost of Geisha Panama.

The quality of Geisha Panama coffee

Because of the quality factor that determines the price of Geisha Panama’s coffee beans. If a regular cup of coffee only has a slightly favor from roasted coffee beans, Geisha Panama is a combination of special tastes such as peach, litchi fruit and jasmine.

Geisha Panama coffee worth with high price because of its unique aroma, which makes it the most distinctive highlight between it and other famous coffees. Do not think that Panama coffee will often be mixed with some kind of attractive ingredients, but it is the pure taste of the coffee beans that affirm that it is really worth  for people to spend their money on it.

At Hacienda La Esmeralda or Windy Ridge farm, each Geisha Panama harvest season is as exquisite as the process of harvesting grapes to make premium wine. Ripe red cherries, which are about the size of cherries in the sun, will be exposed for 8 days to remove the seeds to give the flavor enough time to soak into the beans.

According to Forbes, someone shared the experience when they first tried Geisha Panama: “It is an explosion of flavors, because you will be attacked by the taste buds like strawberries, blueberries, raspberry, peaches … and unbelievably, it’s perfect coffee! “.

The price of Panama Geisha coffee

Today, Geisha Panama has launched on November 6 and is being sold at the only two stores in Singapore, The Coffee Academics, Scotts Square and Raffles City. Only 80 cups the size of an espresso or single shot will be sold during the grand opening for SGD 85

In addition, Americans also tasted this “chilly” beverage on November 18 at Klatch Coffee, in Southern California. Here, people will sell Panama Geisha for $ 55 for a cup containing about 15gr of coffee. However, this is a worthy price for a coffee that has been cultivated for many months at Hacienda La Esmeralda farm.

And you, if you really want to enjoy this type of coffee is not too difficult. The choice is to order online; and you will soon be satisfied. Stores that want to change the taste for customers with this luxury coffee can also order below: 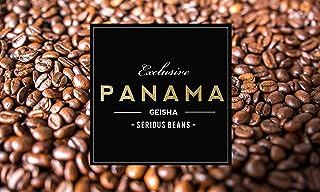 2)100% Panama Geisha Coffee – Whole bean – One of the world’s best coffees, freshly roasted for you on shipment day! 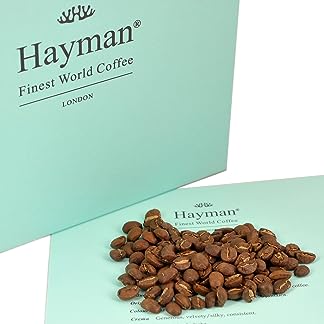 City Bikes on Sales for Women

Nutrition powder for the elderly, meaningful gift for your Parents / Grandparents

Be with with Sabina Trojanova & Exploring New winter 2019 around the most beautiful cities in Europe.

Electric scooter – Create a new way to move in your location, new innovation for Urban Mover

15 Benefits Of Red Beet & why it helps to protect you from Cancer? The benefits to your beauty.